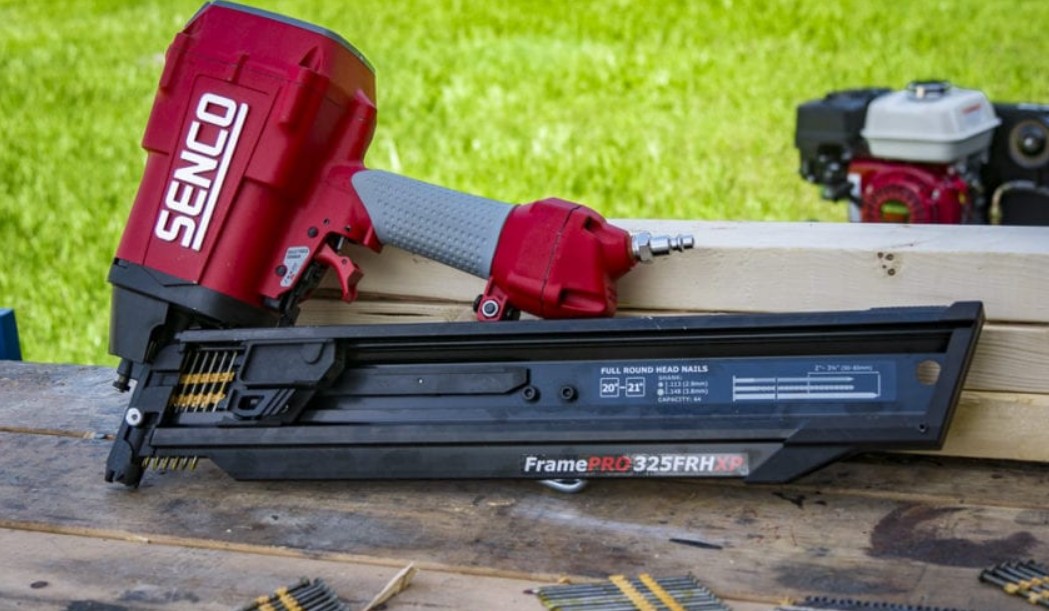 Senco has set the bar when it comes to construction power tools and woodworking power tools. They manufacture high-quality and lightweight nail guns. However, regardless of brand, wear and tear will take its toll on any tool. When fixing issues concerning the Senco nail gun, it is best to narrow down the part that doesn’t work. This article will help you operate your Senco nail gun and troubleshoot it whenever the need arises.

How to set up the Senco nail gun

Adjust the nosepiece for fastener depth

There are two ways you can fire a nail gun depending on the model.

How to connect a Senco nail gun to the air compressor

Connecting your pneumatic nail gun to an air compressor is relatively easy but can be dangerous if done incorrectly.

How to change the nail gun drive

Over time and with regular use, the drive will start to wear and require a replacement or changing drive types. You can remove and replace the bit using two ways:

How to fix a jammed Senco nail gun

Your Senco nail gun jams when the nails feed incorrectly and wedge against the driver blade preventing further cycling. Jamming happens to all nail guns, coil, and stick framing guns. Therefore the process of unjamming the tool is pretty similar.

Why is my Senco nail gun not firing

There are many reasons that can cause your nail gun not to fire other than a jammed nail. Here is how to troubleshoot this problem.

Replace any worn seals and O-rings

Check the tool for other damages.

Signs that your Senco nail gun is leaking air

Pneumatic nail guns are prone to breaking down over time. If your air pressure setting is correct and the air compressor is in good condition, but the nailer is still shooting blanks, you could be dealing with an air leak in the nail gun. Signs to look out for that indicate your nail gun is leaking air include:

There are two common types of air leaks in a pneumatic nail gun, as discussed below.

If you notice air leaking through the exhaust vent or exhaust port, then the most common reason is the O-rings found around the head valve at the top of the cylinder have holes and letting air through.

The O-rings are a rubber seal that secures the area around the head valve to prevent air from escaping and causing an imbalance in pressure.

Purchase a rebuilt kit that matches your nail gun model and replace the worn-out O-rings.

2. Air leak through the trigger

Why is my nail gun skipping nails?

There are several reasons that can cause your nail gun to misfire.

The nail gun hammer is not returning or retracting.

Typically, when you press the trigger of a nail gun, the piston uses the force from an air compressor or electricity and pushes the hammer, which hits the nail’s head, pushing it into the work surface. The hammer retracts to its initial position. Here are some of the reasons that can prevent your nail gun hammer or driver from returning.

Fasteners are not seating fully.

Sometimes when you fire the nail gun, the nail may not go entirely into the work surface; here’s how to troubleshoot this problem.

The best way to prevent the reoccurrence or frequency of nail gun problems is to practice preventive maintenance. Lubricate the nail gun regularly with nail gun oil, clean it after every use and store the tool in plastic to keep dust and the elements out. Remember always to use Senco parts when doing replacements to avoid any compatibility issues.

How Deep are Gas Lines Buried?