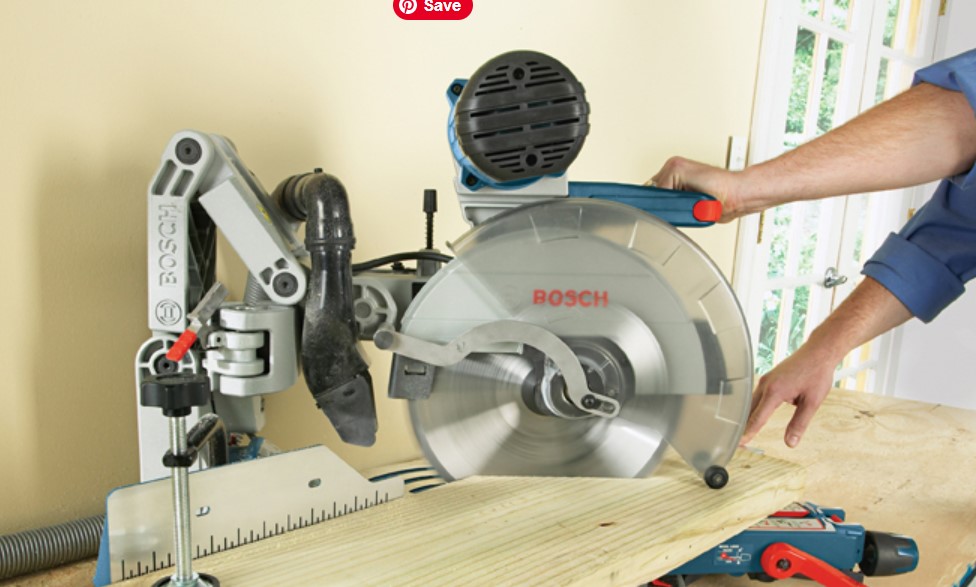 Is miter saw the same as chop saw? It’s a common question. While they work on a similar principle, they are two different kinds of power saws, and their uses are dissimilar. This article gives a comprehensive answer to the differences between the two.

Differences Between a Chop Saw and a Miter

Chop saw and miter seems the same because they have more similarities, but they are still different.  A miter saw has a smaller blade of between 8-12 inches, but a chop saw has a larger cutting-edge from 12 inches and above. Another difference is that the chop saw makes a straight cut of 90 degrees while the miter saw makes angled cuts, crosscuts, and bevels.

A miter is a precision tool that delivers high accuracy, perfect, neat finished cuts on small pieces such as framing, molding, or little piping. On the contrary, chop saws have a larger blade and are more powerful and often used with abrasive metal cut-off wheels.

A miter saw is a vertical spinning and circular blade mounted on a pivoting arm. The saw can snivel to cut and swings to the left or right to cut miter, bevels, and compound cuts. Some miter saws are dual bevel; they swing either way, so there is no need to adjust the material you are working on to cut in the other directions.

Chop is an abrasive spinning saw mounted on a pivoting. There are no teeth on the disc, but a diamond coating makes the abrasion. For a miter saw, it’s the staple tool of carpenters to add sufficient detail to any construction project.

When to Use a Chop Saw

Using a chop saw is relatively easy as with the right blade, these saws can cut various material types. Use the chop saw for the following;

When to Use a Miter Saw

There are three main functions that a miter saw can complete with ease;

Can I Use a Miter Saw as a Chop Saw?

The two saws operate in the same way and can cut at 90 degrees. But for a miter, you are limited to the material it will cut. A chop saw utilizes an abrasive blade that rotates at a much faster speed.

Miter saw blades spin at around 3000 RPM, and chop saw motor generates 2.5 horsepower. If you place an abrasive blade into your miter, saw it would likely cause damage. Though it’s efficient, the heat caused by the abrasive blade may cause combustion.

Can a Miter Saw Cut Steel?

Though it’s not ideal, you can use a miter saw for cutting metal as long as you use the right blade. There are two types of material where miter use can be useful are aluminum and steel. Miter fails to work on metal because it runs at a more speed than the fastest metal saw. The pace creates a high friction level, resulting in a blade or a workpiece red hot to touch.

Can a Chop Saw Cut Wood?

Chop saw usually give 90-degrees cuts (like your typical chainsaw). It can’t go with angle cuts smoothly. So, dealing with the woods will be tedious; it does best in 90 degrees. In wood cutting, angled cuts are common; therefore, it’s hard to get seamless wood-cutting results with a chop saw.

It’s best to ensure you use the right tool for carrying out the right tasks. Use a chop saw for straight cuts while miter for regular, angled, bevel cuts.

Sideways Garage Doors & Opener: Is it Any Better?